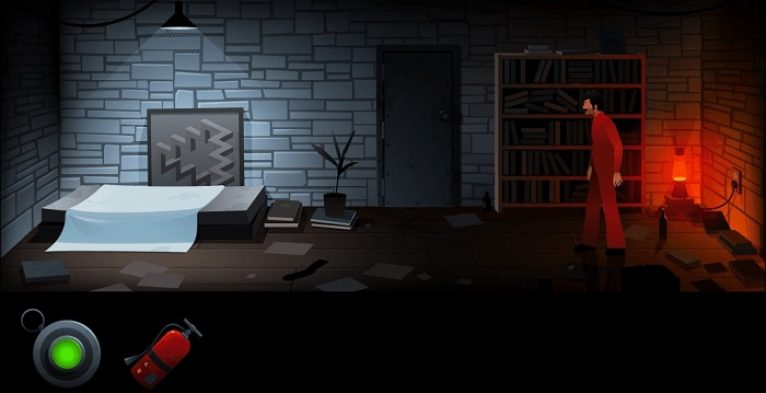 Room escape games are thrilling, scary, adventurous, and entertaining -which is why they are some of the most popular apps on the app store. Playing these puzzle games will keep your brain thinking of new ways and strategies to complete missions and score the highest points. Besides, you will also be training your brain to execute critical decisions within a short time.

Room escape apps are among the most downloaded and top-rated mobile games. Be it as it may, real-life escape games similar to The Room are fun and more interactive.

Nevertheless, when you find a good escape game, you can be lost the entire day. Here are some of the best escape games for the iPhone:

Read Also: How to download and watch Manga on iOS

War escape is a game with fifteen locations and a perfect fighting atmosphere. You play as a war prisoner held up in a filthy bunker.

You must do everything you can to complete your mission, like finding hidden objects and solving puzzles to unlock the rooms.

Dark Ruins is an escape room iPhone game where you get crash-landed in a classical city. The city is filled with mystery, magic, and secrets. The ancient forces living within the city are intimidating to surge the world. As a result, the city is magical.

You must find clues and save the world from a terrible flood. To achieve this, you must escape the old ruins and survive the night. This game is more interesting if you like story games. You will interact with your friends, adding more fun to it.

It’s one of the traditional room escape games where you are kidnapped and locked in an unspecified room. After the kidnapping, your memory is mixed up. At this point, your aim should be to find all the clues that will enable you to escape the rooms and recover your memories.

This game looks and feels like showbiz. Still, objects in the room are placed in logical positions making the game interesting in solving the puzzles. It has in-app purchases.

Read Also: How to cache music on your iPhone and listen without WiFi

You play Cube Escape Paradox as a detective kidnapped and locked in a room. To escape, you must find all the clues in the room and solve all the puzzles.

The interesting thing about this game is that it has film crossovers and several games. Besides, it is divided into several chapters. The ending will depend on the choices you made during the game.

The Room Old Sin is a premium game that costs $1.49. It is a highly-rated escape room iPhone game with a good story. It’s not the regular room escape games. I

n this game, you look for the lost interest, which turns out to be solving the case of a missing engineer friend with his wife.

This is a dark horror and adventure game where you try to reveal the secret behind your mother’s death and your sister’s disappearance. The interesting part of this game is that you can play hidden object scenes or escape room puzzles.

You can unlock 40 individual achievements while playing this game. Moreover, you can unlock bonus material like concept art, additional puzzles, secret info, and much more.

This game is one of the best escape games for iPhone 8-bit, where you role-play as a prisoner. Unlike other room escape games, in The Escapists’ Prison Escape, you need to find clues and make useful objects before the prison guards.

After you gather all the tools, you can embark on the journey to escape prison. The best part of this game is that it requires calculated play to break free from various conditions. Above all, it is a premium game that costs $6.49.

Room escape apps are designed to give a thrilling experience and tend to feel like real-life situations. At the core of each game, you solve mysteries and then escape danger safely.  Hopefully, this list of games should give you the thrill you need.