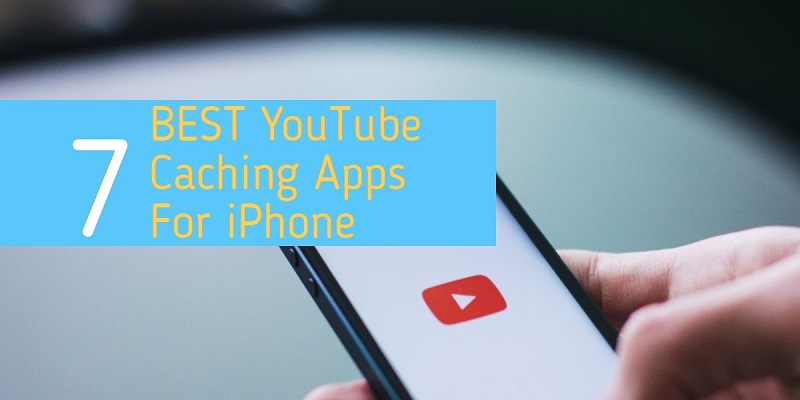 When connected to a Wi-Fi network, you can watch videos and download media on your iPhone or iPad without restrictions. However, on a metered network, a little time on the web can cost you a lot in internet charges.

One site that is known to consume a lot of data is YouTube. This is why apps have been developed to help cache YouTube videos for offline viewing. And here is a list of the best YouTube caching apps:

Whether you want to save movies for offline viewing or need an app that can cache a YouTube songs list, this post is meant for you.

If your main intention is to listen to music, then MusicTube is your best YouTube cache app.

This app allows you to play videos from different music genres, including hip-hop, rock, and pop. The high-quality streams and playlists can be cached for offline listening. You can also play music videos in the background while multitasking.

iTube has been a dominant app among apps that cache music from YouTube. This app not only allows you to play videos, but you can also create song lists and play music in the background.

If you want free apps that cache videos, then this is the app you should download. This app is available for both Apple and Android users.

McTube has a clean UI that is simple and easy to use.

Its classic layout isn’t the only highlight -this iPhone app can also play your YouTube videos offline thanks to its cache feature.

MyTube contains more features than most apps developed to cache YouTube videos on the iPhone. It allows downloading videos and also saving them for watching offline.

The app works on the iPhone, iPad, and iPod touch. Apart from being available for download free of charge, it also has a simple UI that makes it easy to play music, multitask, and even share your favorite videos to your social networks.

Read Also: Best music apps that do not need WiFi

TubePlayer comes with an impressive yet functional UI that allows you to do more than just stream YouTube videos.

At first, you may have difficulties understanding this app, but as soon as you grasp the basics, you won’t have any problems using it. Its impressive list of functions makes it one of the best apps that cache YouTube videos.

MxTube has excelled were many YouTube Cache apps have failed. It delivers a smooth experience, making it one of the best apps for caching YouTube videos.

You can play videos in background mode, which allows you to download high-quality videos. You can view videos in portrait and landscape modes, allowing you to comment, rate, and share your songs.

One of the most underrated apps on the list, NetTube, allows you to do most things the other caching apps do, and that is why it is one of the best iPhone apps to cache YouTube videos.

You can watch your videos and even share and download them. It comes with plenty of settings to play around with. The most popular is the sleep setting that lets you turn off the background YouTube streaming for a considerable time.

When dealing with apps that allow you to cache YouTube videos, it is important to note that some of them might breach the TOS of YouTube, and thus, you will be liable for any infringement. While the apps on this list can be considered good YouTube cache apps based on their performance, we do not purport that everything they do is within the law.

Now that you have the best apps to cache YouTube videos, you can enjoy offline viewing whenever you want. Some are solely for videos, while others can also be used on song sites such as SoundCloud. If there is any other app that you wish to include on this list, let us know.