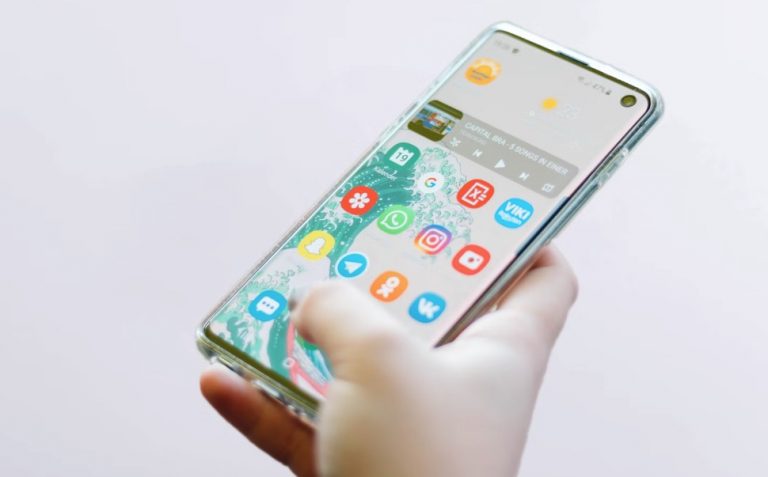 While using the Message app, you may have noticed that some messages are blue while others are green on Samsung. As a Samsung user, this may seem confusing. You should, however, not be alarmed because it is not necessarily a problem.

So, what do the blue and green text message bubbles mean? Can you enable or disable them from Samsung messages?

What does the blue message on Samsung mean?

A blue text message bubble means the sender sent the message over an Advanced Message. On the other hand, a green or teal message means that the text message sent is an SMS or Multimedia Message (MMS).

READ: Why do I receive text messages from an email address?

What is Advanced Messaging?

It is the latest technology in messaging service available through phone service providers like the Bell LTE network in Canada and when traveling. It may also extend to the capabilities of regular text messaging like SMS and MMS. Advanced Messaging is mostly installed in most Samsung devices and is automatically enabled in the default messaging app.

If you want to activate Advanced Messaging on your Samsung device, you will need the following items:

Both phone owners should have Advanced Messaging installed on their phones for communication to run smoothly. If not, the text messages will be sent as an SMS or MMS.

In addition, with the Advanced Messaging feature, you can get delivery alerts such as if the message has been delivered, read, or if the other person is typing.

Green vs. blue texts on Samsung

The blue text messages are sent through Apple’s iMessage app and technology. The green or yellow messages are regular texts sent and received through Short Messaging Service (SMS) or MMS.

If your Android phone has blue text messages, it may also mean that sender sent the text message over Wi-Fi or a mobile network instead of the regular phone carrier. Also known as the RCS protocol, it helps the sender know whether or not the message was delivered and read by the receiver.

Conversely, the green message is sent and received through your phone carrier, and you cannot tell the delivery status of the message.

All this depends on the message method between the sender and the receiver. For example, the system will pick the SMS method if the sender sends a text message through the phone carrier while the receiver uses the RCS protocol.

If the sender and receiver use Wi-Fi or mobile data to send messages, the text message will be delivered through the RCS protocol. However, if both of you are not connected to Wi-Fi or a data network, the text messages will be sent through regular SMS or MMS.

Why did the text message suddenly turn green?

If the individual you are texting with is an iPhone user and suddenly the text messages turn green, you need to be alert. It may mean that they have blocked you on social media. Otherwise, it may also mean the other person does not have cellular service or internet connection.

You should not be alarmed if your text messages are blue on Samsung. The sender is using Advanced Messaging, Wi-Fi, or a data network. If the text message is green, the sender uses normal phone carriers. However, the message is sent or received through SMS or MMS.

Advanced Messaging has a lot of advantages, including access to delivery status such as delivery, read, or typing. You should, therefore, not be worried since you can use your Message app as normal.