‘Sent’ and ‘Delivered’ are probably the most common alerts you will see when sending and receiving messages on your phone. Do you know what they mean?

In this article, we’ve explained the meaning behind those two terms.

What does ‘Sent’ mean in a text message?

When you get a ‘Sent’ status on your phone, the message is submitted to the cellular network/carrier/server awaiting delivery to the recipient. There’s no guarantee that the message will get to the recipient at this stage. A lot can happen, resulting in a “Failed to send” notification.

What does ‘Delivered’ mean in a text message?

The ‘Delivered’ status is confirmation the message has left the server/network/carrier and reached the recipient’s phone. You should note that ‘Delivered’ doesn’t mean the recipient has opened and read your message. They could be away from their phone, on a call, or texting somebody else.

Also, there’re instances you could get a ‘Delivered’ status while the message hasn’t been received yet. Usually, it’s because the recipient’s inbox is full or their phone has memory issues.

READ: Why iMessage won’t sync on Mac and iPad?

The reasons for a failed SMS include technical service difficulties or a missing part of the SMS.

You will receive an ‘Undelivered’ status if the phone, phone number, or content in the SMS is incorrect. You might have mistyped the number or texted a landline.

Here is what ‘Delivered as Text Message’ means 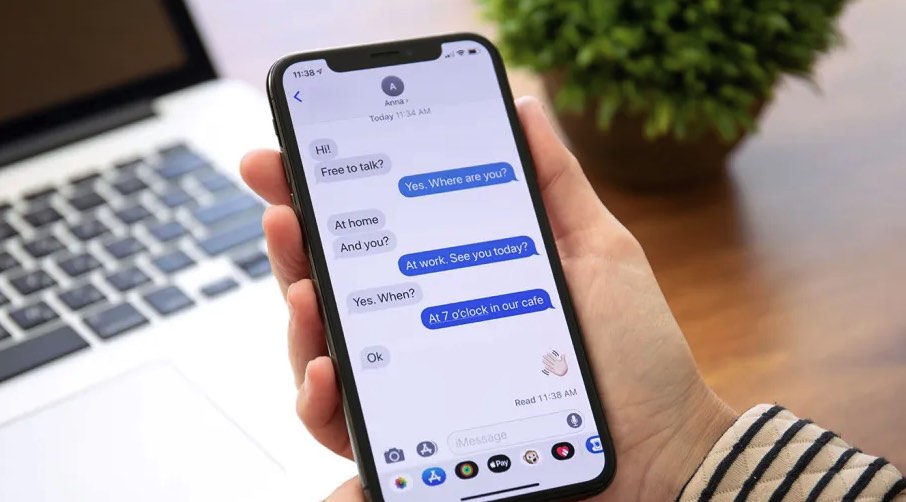 ‘Delivered as text message’ status usually appears when an iMessage fails to send on iPhone. Therefore, the system reverted to the carrier text message service. However, you must have enabled the ‘send as a text message’ feature.

Go to your Settings > Messages > turn On Send as SMS.

Ideally, if the iMessage fails to send, tap and hold the message until an options menu pops up. Tap on Send as Text Message on the menu.

Why iMessage sends as a text message

READ: Why are two iPhones receiving the same text messages?

How to fix iMessage’s ‘send as text message’

If you don’t want your iMessages to send as text messages, you should try the following fixes:

Does ‘Sent as a text message’ mean you are blocked?

No, it doesn’t mean you’re blocked. It could be the recipient hasn’t enabled iMessage, doesn’t have an internet connection, has activated Do Not Disturb and Airplane mode, or uses an Android phone.

iMessages don’t switch to ‘Sent as Text Message’ when you’re blocked. The message is usually sent but never delivered to the recipient if they’ve blocked your number/iMessage account.

What does ‘sent as a text message’ mean on Android?

It means the message was sent by the default messaging app of the Android phone.

As a result, the carrier’s messaging rates will apply.

‘Sent’ vs ‘Delivered text’ when sending from Android to iPhone

If you’re sending a message from Android to iPhone, the ‘Sent status means the message has left your phone and is on its way to the recipient. ‘Delivered’ means it has reached the recipient’s phone.

NOTE: Some phones require you to enable delivery reports, while others enable it by default to get status reports for your messages.

Difference between ‘Delivered’ and ‘Sent as a text message’

On the other hand, Sent as a text message shows up after the iMessage fails to send due to issues like lack of internet or the iMessage being disabled. It allows you to send the message using your default messaging app.

That’s it for message statuses across iOS and Android. Now you know what to do when specific reports appear after pressing the send button. So, don’t stress when your iMessage bubble turns blue to green next time.