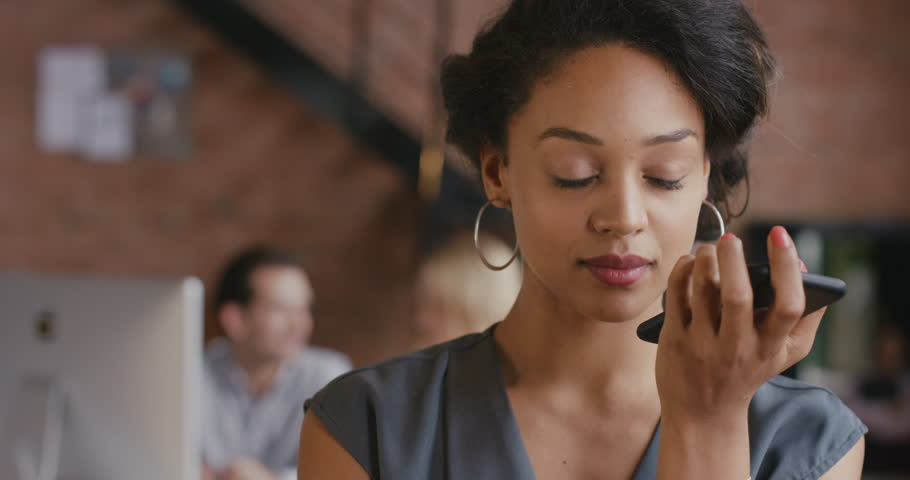 Whether you would like to record a memo, record a lecture, take voice notes on an important speech, or practice singing, voice recording is a special feature of the iPhone that can be used for multiple purposes.

However, a simple search for a free voice recording app on the iOS App Store will leave you with hundreds of similarly named apps, leaving you in a dilemma when it comes to finding the best of them all. Surely, you don’t have time to test the apps one by one and that is why we have compiled this list of apps to help you choose the best voice recording app.

The list below only features apps that have been tested and proven to work exceptionally well at voice recording on the iPhone and iPad running the latest iOS version. We have considered the ease of use and special features to distinguish these apps leaving you with only the best.

These are the best free voice recorders for iOS right now. 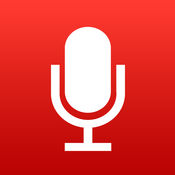 Sometimes you don’t have to go to get yourself a great voice recording app –Voice Memos, Apple’s own voice recording app is one of the best apps for recording audio on iOS. Although many people tend to ignore this app, it is a solid application that seamlessly records sound and plays it back clearly.

While recording, there are sound bars that show up to help you note if the sound is clear enough or too low to be recorded clearly. Once you have finished recording, you can share, delete, or edit the recordings. This app is straightforward and simple to use. Most of all, it is free with no advertisements.

Read Also: How to record an incoming call on iPhone without an app 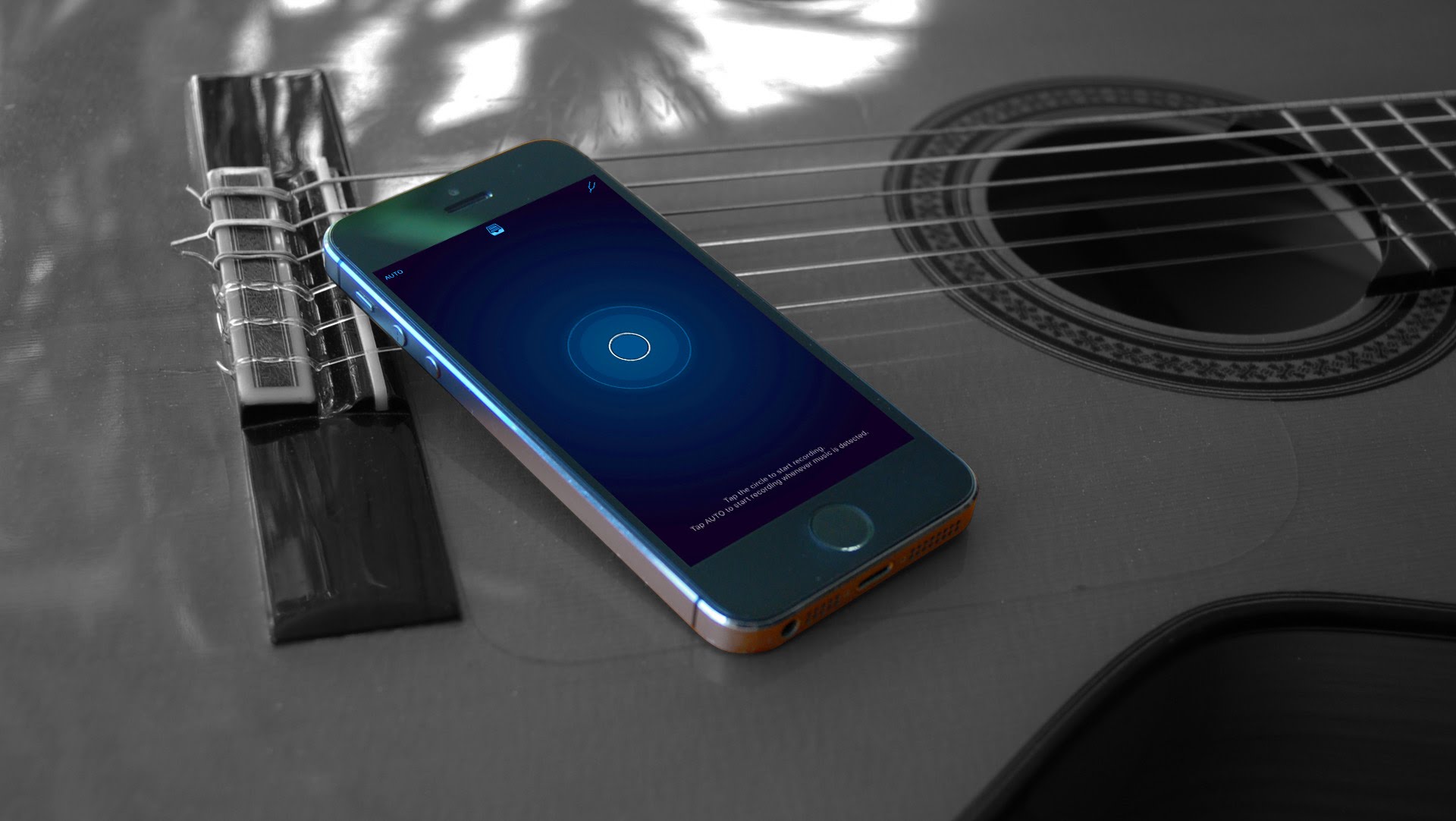 If you are a musician, then Voice Memos is your ideal iPhone recording app. This app comes with many features including an auto recording feature that allows that app to only record when it gets an input. This feature is somehow not yet very reliable as the app misses some recordings. However, when it does capture sound, it does it exceptionally well and you will be happy to play it back over and over to get your vocals right.

On the top-right screen of this app is a tuning fork button that enables tuning the guitar to get it sounding right. You will also use this feature to test your vocals against different sounds. The app can transcribe the cords and allows tagging recordings which is essential for musicians so that you can easily append them using your favorite editor. This is one of the best recording apps for those who are into music and even better, it is available for free. 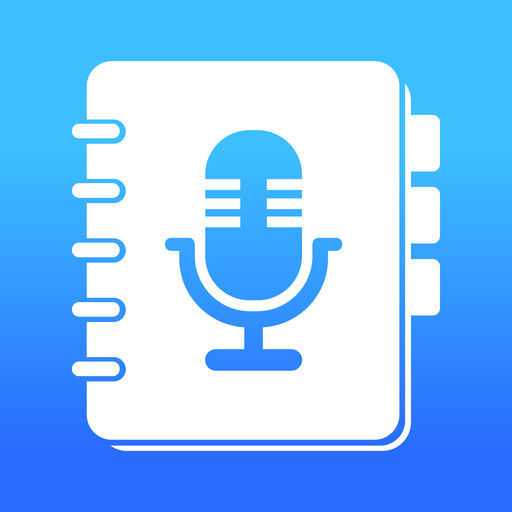 If you need a recording app primarily for taking notes during lectures or other events, then Voice Notes is the right app for the job. This application allows you to record audio directly to MP3 format which you can easily share with your friends at the touch of a button. Once you have recorded an audio file, you can tag it, add it to your to-do list, add markers, or even add photos to them.

Among the features that Voice Notes boasts about include the ability to add markers on recordings that show exactly where a certain position is in a recording. There is a timeline and calendar to help you organize your recordings. You can also save the recordings to iCloud, compress them to a zip file for archiving, and embed them into videos for sharing. The provides a lot of useful features making it the ultimate iOS tool for anyone wishing to take audio notes using their iPhone, whether you are a journalist or a student listening to a lecturer. 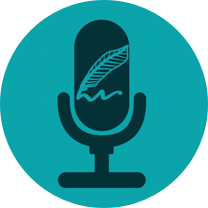 If you are looking for a free iOS app that can not only record audio but also organize it and transcribe it, then Smart Record fits your requirements. This app allows you to record audio easily and assign notes and markers for future reference. Saving the recordings is easy –simply create a folder to group audio files on the same topic and you wouldn’t have to spend lots of time looking for a particular file.

The app has a simple interface that makes it enjoyable to use. The playback mode allows you to view notes while the audio is playing and you can also share the audio file together with the notes anywhere. When transcribing the audio files, Smart Record will allow you to get the transcripts via Google Docs and this makes them readily available on your computer thanks to the syncing feature in Google Docs. Other important features include enabling the recording beep, auto-play recording, and background animation.

Read Also: How to fix voicemail recorder is not available error 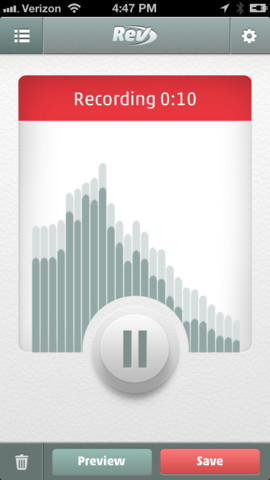 Rev Voice Recorder is a simple yet very powerful voice recorder that is available for free and doesn’t contain annoying ads. This recorder is clear and captures sound in good quality, which makes it the perfect app for recording lectures, interviews, meetings, and even voice memos.

You can easily organize your recordings with the Rev Voice Recorder as well as share them via email, Evernote, Dropbox, and Google Drive. Although the app comes with a transcriber, this can only be used for free to transcribe 10 minutes of audio after which you will be required to pay. Therefore, if you need to use this app for recording then you will enjoy using it for free. However, transcribers who need a free app will have to check the other options provided here. 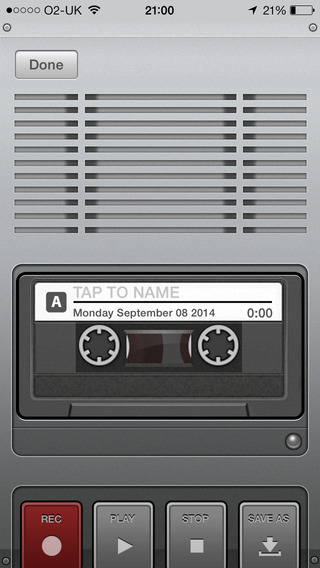 As simple as it is named, this app will simply help you achieve your recording needs without spending anything. This free app provides you with unlimited recording time without any interruptions and allows you to save your recordings to wide range of places including Box, DropBox, and OneDrive, among others. You can also share the recordings via Messages, Email, Facebook, Twitter, and other social media.

If there is a recording that you don’t want people to access, Voice Recorder allows you to password protect it. You can play with your recordings in any way you like, including creating loops, changing playback speeds, or trimming the length. You can also fast forward or rewind as well as mark your favorite recordings. 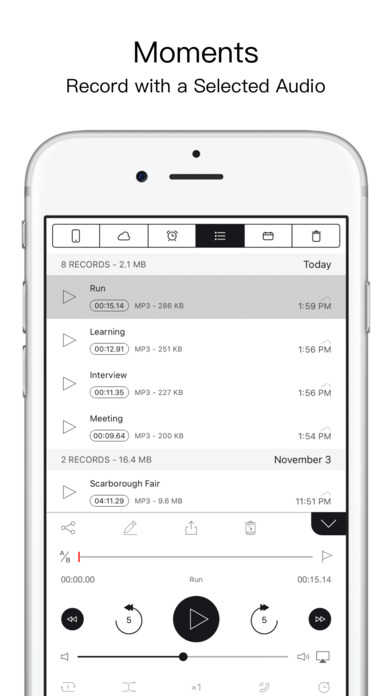 Use the auto-record feature to schedule recording time and Voice Recorder will immediately turn on and start recording when the time reaches. You can increase the recording volume to capture with better clarity.

The app supports a wide range of file options including MP3, MP4, AAC, and WAV and the recordings can be directly saved on iCloud Drive as well as other applications. You can also trim, make it a ringtone, merge, adjust speed, split, and mix the recording. This app also allows you to set an audio recording as a Reminder as well as add it to the Calendar or Moments apps.

Read Also: Visual voicemail is not working? How to fix