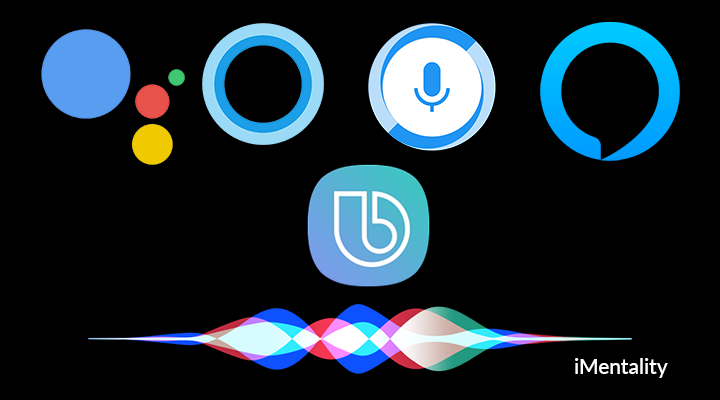 Technology is setting the pace for human interaction. Besides social media platforms, you can note the increasing adoption and implementation of the internet of things, blockchain, and artificial intelligence. Among the three, AI is the most common as it is playing the biggest role in personal assistant apps for devices like the iPhone and iPad.

When referring to personal assistant applications for the iPhone 5, 6, and 7 plus, Siri will top the list. However, the Siri app may soon lose its throne because of the apparent competition from its alternatives like Google Assistant, Cortana, Alexa/Amazon Echo, Hound voice search and assistant, and my virtual assistant.

To start with, Siri works well on the different apple devices, which include the Apple Watch and TV. The app can perform a bunch of tasks that range from setting the alarm to booking a ride just by saying what you want.

You can also take advantage of Siri in making quick calls as an alternative to Speed Dial.

Despite boasting higher reliability than rival virtual assistants, Siri has its share of shortcomings. The shortcomings could be a contributing factor towards this Apple’s voice assistant decline in monthly active users.

You can launch and start using Siri on iPod touch, iPad, or iPhone in various depending on the device. For the iPhone 8 Plus and previous versions, you can trigger Siri by holding down the Home button or saying “Hey Siri.” On the iPhone X, because of its “all-screen” display and no Home button, you need to press and hold the power button.

Hey Siri Problems and how to fix them

Notably, saying “Hey Siri” to trigger the assistant usually fails. The reasons for “Hey Siri” not working are many but this piece highlights them and gives their solutions.

Right from the iPhone 5 up to the iPhone 7 Plus, users have pointed out Siri problems like:

The Siri microphone not working 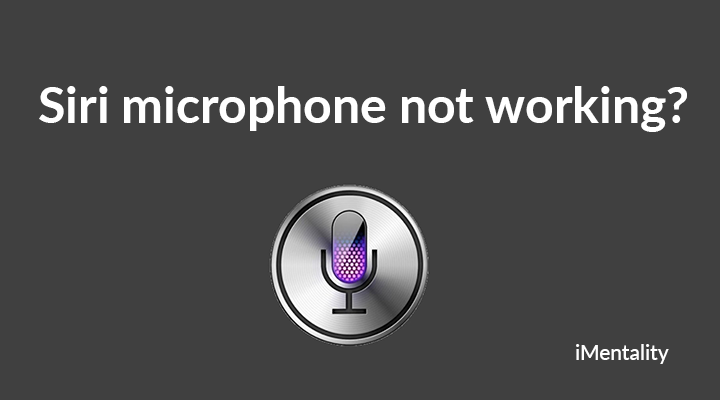 With every iOS update, the Apple Voice Assistant improves. However, some users might confuse the recent iOS 10 and 11 updates as the cause for Siri failing to respond because it no longer hears their commands.

A damaged microphone can cause Siri not to work on your iDevice. Identifying a bad mic as the problem for your Siri issues is easy.

Confirm whether the mic works when on phone calls and video recording but not with Siri. Another way to check if it is your mic that has a problem is to try triggering Siri via your earphones.

READ: How to make Siri work while charging your iPhone

If the tests check out, then it is the front mic that has a problem. The iPhone has 3 mics, which explains why your phone might be working well with other audio-related tasks but Siri.

Clear all dust and particles that could be blocking the mic to allow Siri hear you clearly. Another way of fixing Siri to start listening and hearing you on your iPhone 6 or 7 Plus is to remove cases, films, or protectors that could be covering the iPhone receiver, microphone, or iSight mic. 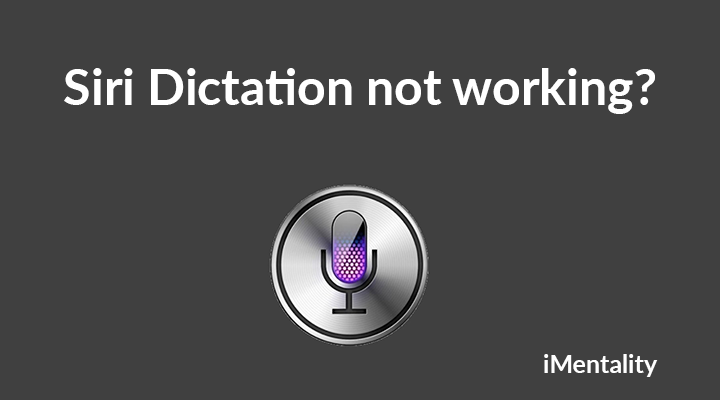 The Siri dictation feature is part of the grand plan of Apple of making their voice assistant the best among its rivals. Dictation allows the Siri app to transcode your commands as you speak.

Always use simple and precise commands to allow Siri return the most accurate results. However, you can start using complex statements with time as the assistant learns your commands.

Getting Siri dictation to work perfectly comes at the expense of intensive resource usage. It is for that reason that the feature may fail when your phone memory is running out.

To fix the dictation issue, go ahead and close apps running in the background to release resources. When doing so, be sure to confirm that your internet connection is stable.

If the above step fails to solve the problem, then force restarting your device should help. Your device will clear temporary cache files, which will the dictation feature to access enough resources.

Before going through the above steps, you may want to check whether the Dictation feature is enabled under Settings. Go to Settings > General > Keyboard > Toggle Dictation to ON.

The above solutions should fix the dictation problem and let you talk to Siri seamlessly.

Siri not working on mac 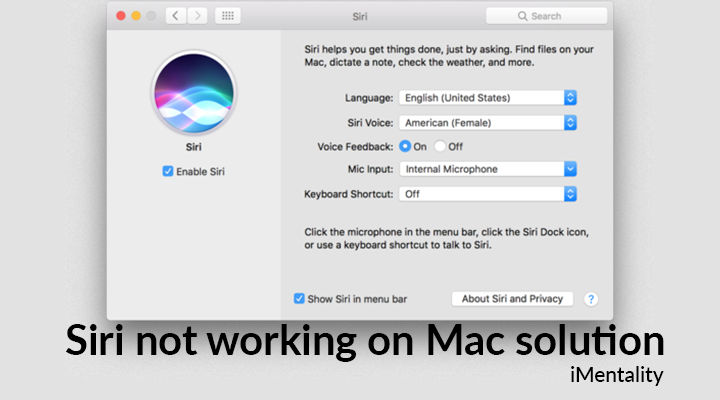 Besides your iPhone, you will need Siri on your Mac sooner than later. For one reason or another, the app may not work. If that is the case, then there are three fixes you can use.

The first thing to do is to update your macOS. After the update, Siri should wake up without any problem.

However, if the problem persists, then it could be Siri is disabled on your Mac. To enable Siri on Mac, go to Settings > System Preferences > click on Siri and enable it. 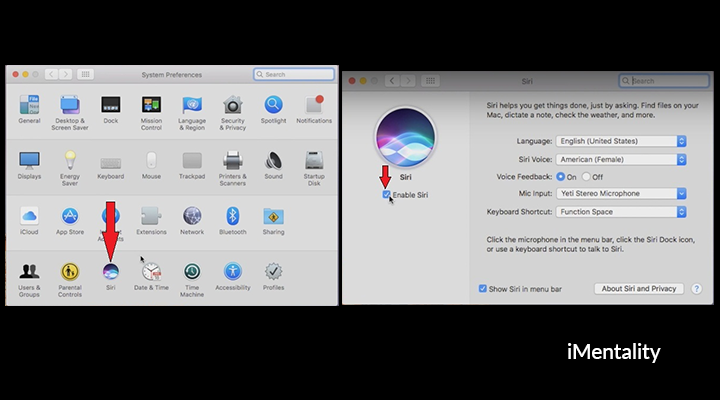 While performing the above steps, ensure that your Mac has an internet connection since fetches information from the internet. 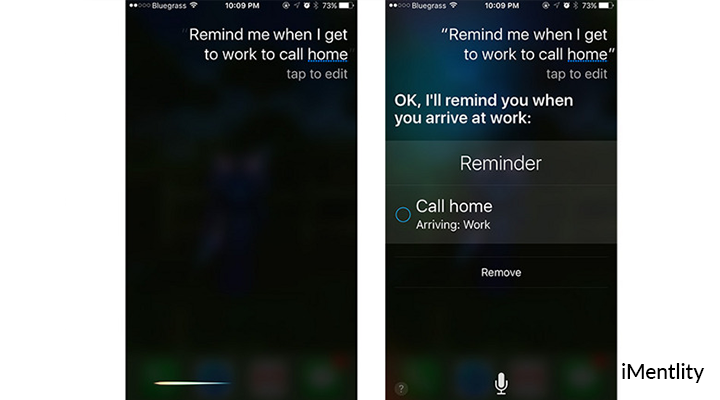 It is frustrating for Siri to fail to remind you what you commanded it. Nevertheless, chances are that you will find yourself in such situations in many instances.

Now, here is how to make Siri reminders start working.

To start with, ensure that you remove your reminders from the widget on the left-most screen. After confirming that the reminder widget no longer exists, be sure to enable Reminders for both Alerts and Banners under the Notifications settings.

If you are into tweaking your iPhone, then Discreetify9 can allow you to take control over your notifications.

Increasing the priority of your notifications can also fix the problem of Siri failing to alert you when a Reminder is due.

Proceed to restart your iPhone. After the restart, set a reminder using Siri and it should work.

Despite the problems, Apple strives to improve Siri. For instance, the latest version of iOS – iOS 11 has presented new features for Siri.

Unlike in the past, Siri now has a more-natural sounding voice. At the same time, the Siri application can cope with follow up questions as well as translate phrases from English to French, Spanish, Chinese, Italian, and German.

Due to the improved predictability of Siri, it also gives more accurate and relevant search results than before.