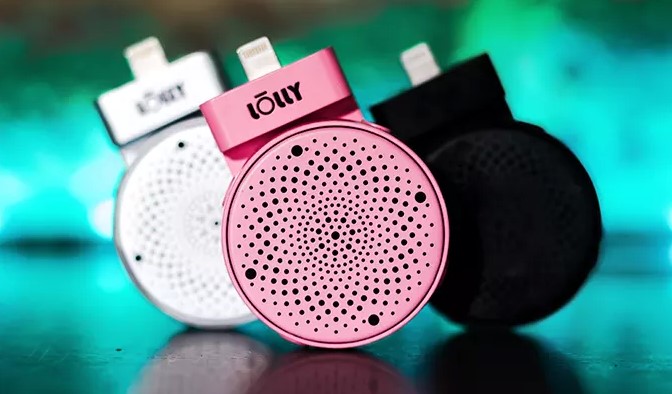 The iPhone has many uses and performs exceptionally well at most of them. However, if you try recording music, talks, or even a concert on the iPhone microphone, you may have realized it isn’t the best. Despite there being great apps for recording audio on the iPhone, they can’t make up for the poorly recorded sound. This is why Lolly 3D portable microphone has been developed.

Lolly is powered by an Adaptive Recording Orientation technology which automatically adjusts sound stage orientation making it clearer and natural. Whether you are using Lolly on your iPhone or iPad, it gives an immersive full fidelity audio experience that you will definitely love. Although small and compact, Lolly is equipped with digital reverb effects, gain control, and an integrated 3D recording system that guarantees great sound anywhere.

There isn’t anything to configure before using Lolly. Simply plug it in your iPhone or iPad through the lightning interface, open an app of your choice, and start recording. You will do all the settings via the voice recording app you are using.

Lolly portable 3D microphone can be used on a variety of apps including Facebook, Snapchat, Evernote, Instagram, and plenty of sound recorders. As long as it is compatible with the app you are using, you can record pretty much anything from lectures and voice notes to karaoke sessions and live performances.

It records in 44.1kHz with a response frequency range from 20Hz to 20,000kHz. Its sensitivity is -46dBFS/Pa at 1kHz. It can record both in mono and stereo, giving you more freedom to record in whichever way you want. The best part is that you don’t have to be a pro to record quality sound using Lolly. 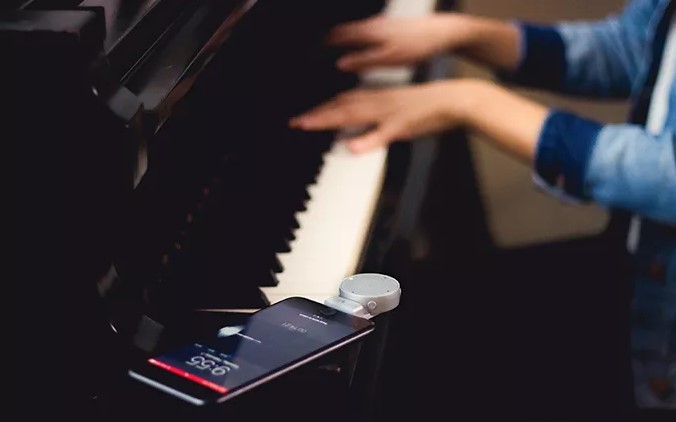 Unlike other voice recording devices which connect to the iPhone through the 3.5mm jack, Lolly connects through the lightning interface which transmits pro audio quality with minimal disturbance.

Lolly delivers 3D audio in a way that makes you feel part of the action. It is compatible with many apps including Skype and can be used on both the iPhone and the iPad. Whether you need a digital microphone recorder to record audio for fun or work, Lolly is definitely worth your money. Prices start from $60.