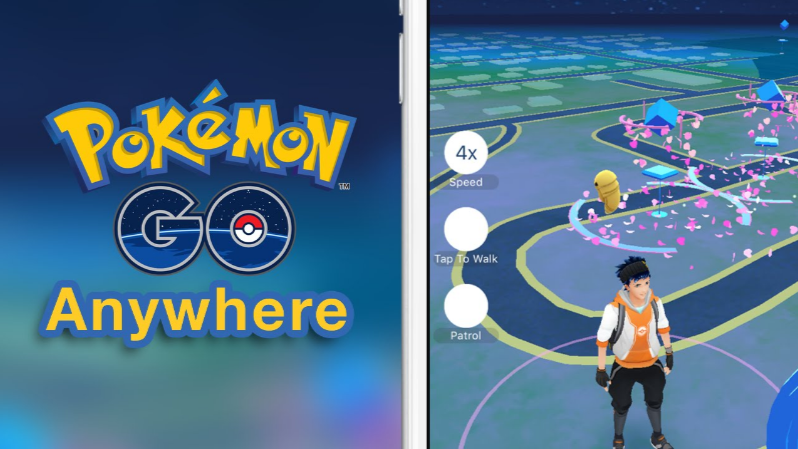 Pokémon Go is one of the most celebrated video games ever to grace the gaming world. Not only did its location-based augmented reality take the world by storm but also its deep adventurous storyline.

The game even gets better thanks to the many tweaks being developed every now and often. One important tweak is PokemonGoAnywhere, a brilliant creation of the PanGu team.

Normally in your ordinary Pokémon Go game, you cannot go anywhere you’d want to go in the game. Not anymore! Thanks to the PokemonGoAnywhere Cydia tweak, you can virtually play your game anywhere from the comfort of your chair. Before jumping to the how part, it is equally important to state that though it is exciting, that this trick might cause the termination of your account if discovered.

However, it levels the playing field for those who are disabled or don’t have the privilege and time to move from one place to the next in search of Pokemon. If you are in this group and are looking for a way to tap and go anywhere you want in Pokemon Go, then this is the tweak.

How to go anywhere with PokemonGoAnywhere

PokemonGoAnywhere is a Cydia app, which means before using it, you have to ensure that your device has been jailbroken. Follow the steps outlined here for you to install and use this tweak:

Tap on the install button to install the app. Launch it, and you can now go anywhere in the Pokémon Go game to hunt for Pokémon!

You might wonder how to walk anywhere once you have installed this app. However, the process is quite simple. Just tap on your Pokemon Go map anywhere you want to go. This click-to-walk function will teleport you to any location.

People have been trying to use Cydia location faker and other apps to spoof their locations on Pokémon Go for a long time. However, most fake location apps never seem to work.

This is why PokemonGoAnywhere is your go-to app if you seek a decent location spoofer hack to play this awesome game on iOS.

Other similar apps have caused Pokemon players to be banned. And this is something you should be aware of when installing Pokemon Go Anywhere. If you are a victim of the ban, learn to use Xcon to avoid such bans.

However, the developer behind this tweak has made it possible to walk without looking like you are teleporting. Simply tap to move, and your character will start moving in the direction you want.

You must ensure that the navigation map points northwards for the tweak to work effectively. Also, ensure that you move to nearer places to avoid getting banned by raising suspicion that you are moving without walking.

Read Also: Find out the best Pokemon emulator for your iPhone

Pokemongoanywhere is available free of charge. You can download it directly from williamlcobb.com/repo by adding it to Cydia, as mentioned above. You can also install this tweak without jailbreak after you have installed Cydia without jailbreak.