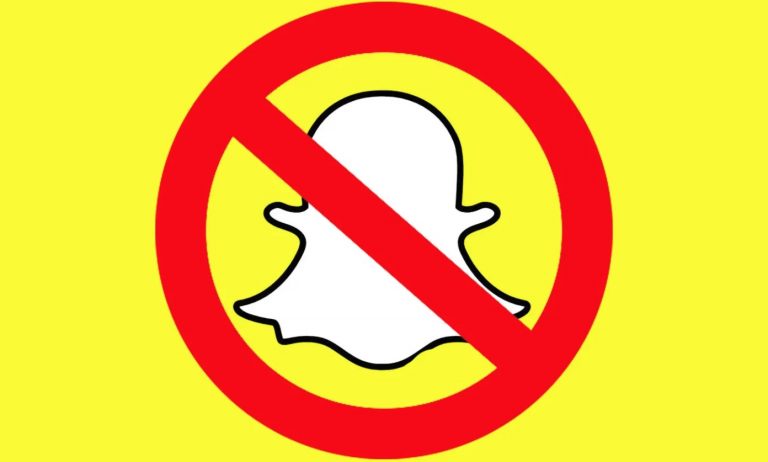 Do you know about a device ban on Snapchat? This is where Snapchat bans your device because of violating its Terms Of Service. As a result, all Snapchat accounts logged in through the device get banned. You can’t even create a new Snapchat account using the device since it’s flagged.

So, what do you do when Snapchat bans your phone? Can you reverse the device ban? Let’s find out.

Why your device is banned from Snapchat

Snapchat bans devices mainly because of violating their community guidelines or terms and conditions. This can be broken down into the following key areas:

The first violation that will get your device banned from Snapchat is adding third-party apps and plugins to your account. Some of the prohibited plug-ins are:

2. Violence against yourself or others

Expressing any violence towards others will earn you a device ban from Snapchat faster than you can say snap. Examples of such scenarios include bullying or attacking others by:

Also, encouraging violence by sharing content that glorifies harming others or yourself is prohibited.

When you display content that’s illegal and punishable by law, Snapchat bans your device. Examples are:

How will you know your device is banned by Snapchat?

You will know your device is banned from Snapchat when:

READ: The gender swap filter is not working on Snapchat

How long does a device ban last Snapchat?

Usually, a Snapchat device ban could last anywhere between a few weeks to six months. During that period, you should refrain from logging into Snapchat on your device because doing that prolongs the ban.

So, the first solution to bypass a Snapchat device ban on iPhone or Android is to wait it out. Check out the others below.

How to reverse a Snapchat device ban

You can try the following to get around a ban on Snapchat:

1. Update date and time settings on your device

Snapchat usually bans devices based on their IMEI, which is unique for every phone, and hardly interchangeable except for Android devices, as explained in the next solution.

Once you get the new device, follow these precautions:

READ: What happens if I clear cache on Snapchat

The other way to bypass the IMEI number ban is to change it. Unfortunately, you can only do this for Android devices, and you’ll need third-party apps like “IMEI Generator Pro”.

When you get the new IMEI number, follow the same precautions for buying a new device.

Finally, you can reach out to Snapchat and explain your case. Even though your device and account are banned, you can still reach them through email, social media, report links, or online forums.

What if Snapchat blocked my IP?

When the Snapchat team detects a VPN or suspicious activity from your IP address, they could block the network temporarily. You can wait a while for the block to be lifted, turn off your VPN, or switch to another network connection.

These troubleshooting solutions should help you reverse your Snapchat device ban. Try all of them and let us know how it goes. And, to avoid another ban, remember to adhere to Snapchat’s Terms of Service once you’re back on the platform.