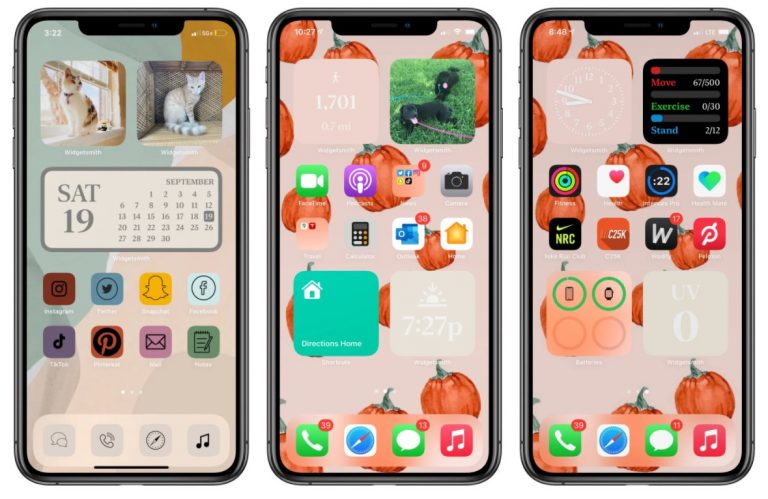 Customizing your iPhone’s home screen is one of the most fulfilling experiences for smartphone owners.

You get to personalize the aesthetics to your liking and organize the Apps strategically for convenience. Thanks to the iOS 14 update, you can now turn your iPhone into your canvas.

That said, we want to talk about one of the best widget tools in Apple Store—the Widgetsmith, and its best customization ideas. Keep reading to discover Widgetsmith ideas for both ladies and gents.

How to use Widgetsmith

You can download the free version first and try it out before upgrading to the premium. Below is a full guide on how to use the Widgetsmith.

You can move the widget around the same way you move Apps. In case you don’t want it, long-press the widget then tap “Remove Widget”.

NOTE: Widgetsmith supports timed widgets. This allows you to replace a widget on the Home screen at a specific time of the day. For instance, you can set the time widget to display until the end of your workday. Widgetsmith can then start to display what’d on your calendar for the next day.

Top 10 Widgetsmith ideas to use on your iPhone

The best thing about having different widgets under Widgetsmith is that you can come up with a wide range of outstanding combinations that are also beautiful and functional. Below are just some of the ideas that you can work with.

Always consider choosing the wallpaper first since it sets the tone for the design theme.

Your health should be one of the factors that take center stage when planning widgets in your iPhone. Through Widgetsmith you can bring your health and fitness routine to the fore.

Makes sure you have the tracker progress Apps like Daily Exercise, Step Counts, Water Intake, among others. You could also have a display of your health goals to remind you every time you look at the phone.

For those who don’t want color on their Home screen, they can go with a vintage black and white theme. Fortunately, the default style for most widgets in Widgetsmith is black and white.

This should make your work easier. Your only worry would be to find an ideal wallpaper to match the style.

If you wish to make your Home Screen visually appealing with photos you’ve taken, a photo widget would do the trick. You could opt for a static photo or a slideshow.

Also, the weather conditions widget and sunrise and sunset widget would help tell the best time to take photos.

Spotify, Apple Music, and any other music streaming apps deserve a spot on your Home Screen. This would make it convenient to see what’s playing and jump to the next or previous playlist. Now, considering you don’t listen to music all the time, you can set this widget to be timed so that it only displays when it’s being used.

Widgets can also be used to track your productivity during the day and over a certain period of time. In this case, you’ll need widgets like reminders, outlook, calendar month, and upcoming calendar events.

Read Also: How to change iMessage color on your iPhone

Anime fans also get a chance to customize their Home Screen with different anime themes. To start with, a photo widget could run an album photo of your favorite characters, while Anime iOS 14 App icons turn the entire display into an Anime canvas.

If you’re into astronomy, you can create widgets like Starfield, Moon Phase, weather conditions, and sunrise and sunset.

You can now have self-care quotes, motivational quotes, and your favorite song lyrics displayed on the Home screen thanks to quotes widgets.

This widget gives you the option to track the battery life of all your wireless iOS devices from your iPhone’s Home Screen.

Keep track of your money using the finance widget App. Whether you’re checking your account spending, investments, or the markets, it’ll be more convenient when the apps are on the Home screen.

With these ideas, it’s high time you inject life into your iPhone’s home screen appearance. It’s not a complex activity. You simply need time and some bit of creativity.

Read Also: How to change the font color on your iPhone home screen